Nathan Mac begins with the “Start of Something Blue”

Three years of hard work: songwriting, music production, circus performance, & film making… all of it has been leading to this moment!

The start of September is the Start of Something Blue! Nathan Mac is releasing his debut, Cinematic-pop album on the 2nd of September in the Workmans Club, Dublin. Combining Circus, Music & Cinema, he’s spent three years pouring his heart, soul & savings into this breakout piece of work.

The 12-track album includes Ireland’s first ever Circus-Musical film: ‘Learning Curve’. With a combination of songs from the album, Nathan’s circus artistry, & the dramatic skills of an entire cast, this film exemplifies the greatest parts of ‘Once’, ‘Moulin Rouge’, & ‘The Greatest Showman’.

“To be a part of something so brilliant is astonishing. No matter what happens, I’ll always have the songs… & the ability to say: that’s me.” (from Nathan’s Artist Journal)

So, with two big events packed into one, & with some of the industry’s finest, Nathan has crafted this live show to launch his musical, circus-filled, & cinematic career!

‘Start of Something Blue’ & ‘Learning Curve’ will be available to stream & download from the 2nd of September.

If you would like to join Nathan & his team for the album/film launch, you can purchase tickets here 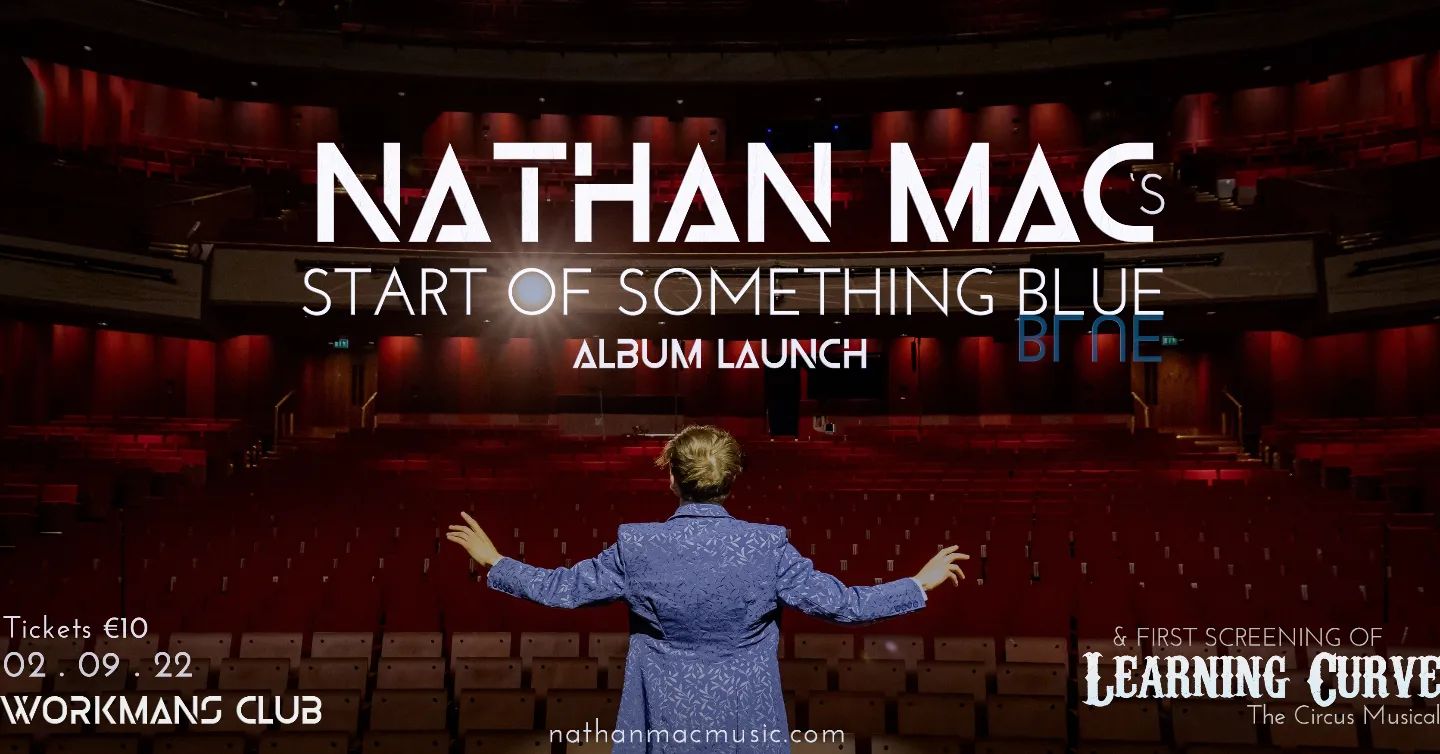