RÉMI PARNAUD was born in Orléans, France in 1989.
First picked up a small film camera in 2005.
That’s also when he started skateboarding and playing guitar.
He received his first Nikon reflex in 2008 as a gift for his 19th birthday. That’s when he really got into photography and he has been taking about 15,000 photos per year ever since… He was always into portraits and details, and still is today. He goes out and capture images for the love of composition, shapes and textures.
He shots a lot of weddings in France; this helped him a lot to learn how to handle the camera and how to interact with people.

Moving to Dublin in 2014 drove him towards street photography and street art. He met many amazing creative people and got hugely inspired by the Irish vibe of the capital. Exploring places like The Grangegorman squat, The Back Loft, NCAD and BIMM or Offset (design conference); meeting communities of skaters, musicians, artists and designers, gave him a unique opportunity to express his vision and connect to the city. He felt at home in Dublin, living in The Liberties surrounded by this vibrant and colorful cultural (and underground) life.

On the commercial side of things He did a lot of portraits (studio or natural), worked at many events (Irish Craft Cocktails Awards, Whisky magazine awards, etc.), shot gigs (in Opium Rooms, District 8, Body & Soul, etc.), made some product photography for Teeling Whiskey and Glendalough Distillery. He also works as a graphic designer / art director.

Plans for the future (whenever we can socialize again…): he would love to do a series of portraits of people in Rennes, France where he lives now. He also had plans to go to New Zealand with his girlfriend for a road trip so he’ll probably make some landscape and nature photography. He is open to any project related to travel, music, art, nature, people and human connection. 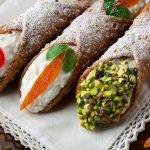 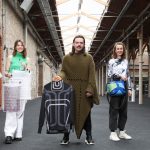