Giancarlo Forte is an Italian scientist. He is Deputy Director for Science of the International Clinical Research Center, an Institute of excellence founded by the European Union within St. Anne’s University Hospital in Brno, Czech Republic (FNUSA-ICRC).

He serves as Head of the Center for Translational Medicine (CTM) at FNUSA-ICRC and holds an Adjunct Professor position in Cell Biology and Biomaterials at the University of Turku (Finland).

His passion with science dates back to when he obtained a Master Degree in Cellular and Molecular Biology from the University of Rome Tor Vergata (Italy), where he also completed his PhD in 2005 in Experimental Pathophysiology. After his graduation, he was a visiting researcher at the University of Tuebingen, Germany.

Next, he went on to become a postdoctoral fellow at the Italian Institute for Cardiovascular Research (INRC), where he studied the molecular basis of heart disease. During those years, he was awarded the Young Investigator Award.

His passion for research brought him to Japan, where he joined first Tokyo Women’s Medical University 2006 and next the National Institute for Materials Science (NIMS).

In 2010 he moved back to Japan to be appointed a Senior Researcher position at NIMS, and MANA Scientist World Premiere Institute for Materials Nanoarchitectonics (MANA). 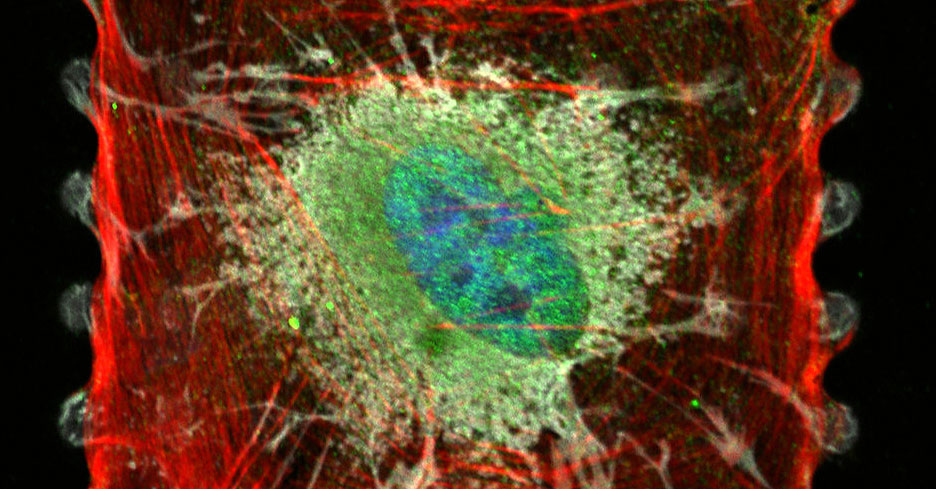 Following the big earthquake in 2011, he accepted a Senior Scientist position in the newly established International Clinical Research Center (ICRC) of St. Anne’s University Hospital, Brno (Czech Republic), where he started the Integrated Center for Cell Therapy and Regenerative Medicine (ICCTRM) in 2014.

Thanks to the support of the European Union, he founded the Competence Center for Mechanobiology in Regenerative Medicine, an Austria-Czech Republic joint initiative and the first research center of this kind in Czechia.

His research group focuses on the response of cells to pathological stimuli.

In particular, they study how mechanical stress (a denominator of many diseases) triggers the aberrant activation of a given set of proteins – the so called mechanosensitive proteins – and contributes to the progression of pathologies.

Due to his contribution to the prestige of his native country abroad, dr. Forte was nominated Cavaliere dell’Ordine della Stella d’Italia (knight of the order of the Star of Italy) by the President of the Italian Republic in year 2020.

During year 2021 he was also honoured with the Medaglia del Consiglio Regionale del Molise for his activity in promoting the image of his region of origin in the world.