Anna Newell – Theatre for babies: to explore the unknown against common sense.

One of Ireland’s leading theatre-makers for young audiences, ANNA NEWELL, has been creating unique theatre adventures for babies, early years and children/young people with complex needs for over a decade. And this year is no exception as Newell embarks on year-long programme of events for 2022 starting with her show and tour of babyGROOVE, a 1970’s-inspired happening that brims with live harmony singing in masks, specially composed music and gorgeous immersive video specifically designed to be responsive and give joy to baby audiences, and their parents alike. This show is for babies aged 0-12 months and opens at Trinity College Dublin’s Creative Brain Week this March.

It is Inspired by early years neuroscience, particularly by Dr Suzanne Zeedyk, a research scientist fascinated by babies’ innate capacity to connect. Suzanne’s core aspiration continues to be strengthening awareness of the decisions we take about caring for our children — because those choices are integrally connected to our vision for the kind of society we wish to build. Newell is privileged to have an advocate for her work like Zeedyk, as every single detail of how she creates the work is guided by and seen through the prism of the possibilities of connection between one human being and another.  This is as true for those micro moments of connection that she creates in a show, as it is for the macro, strategic networks she makes that also become part of it that enable and enrich her work. 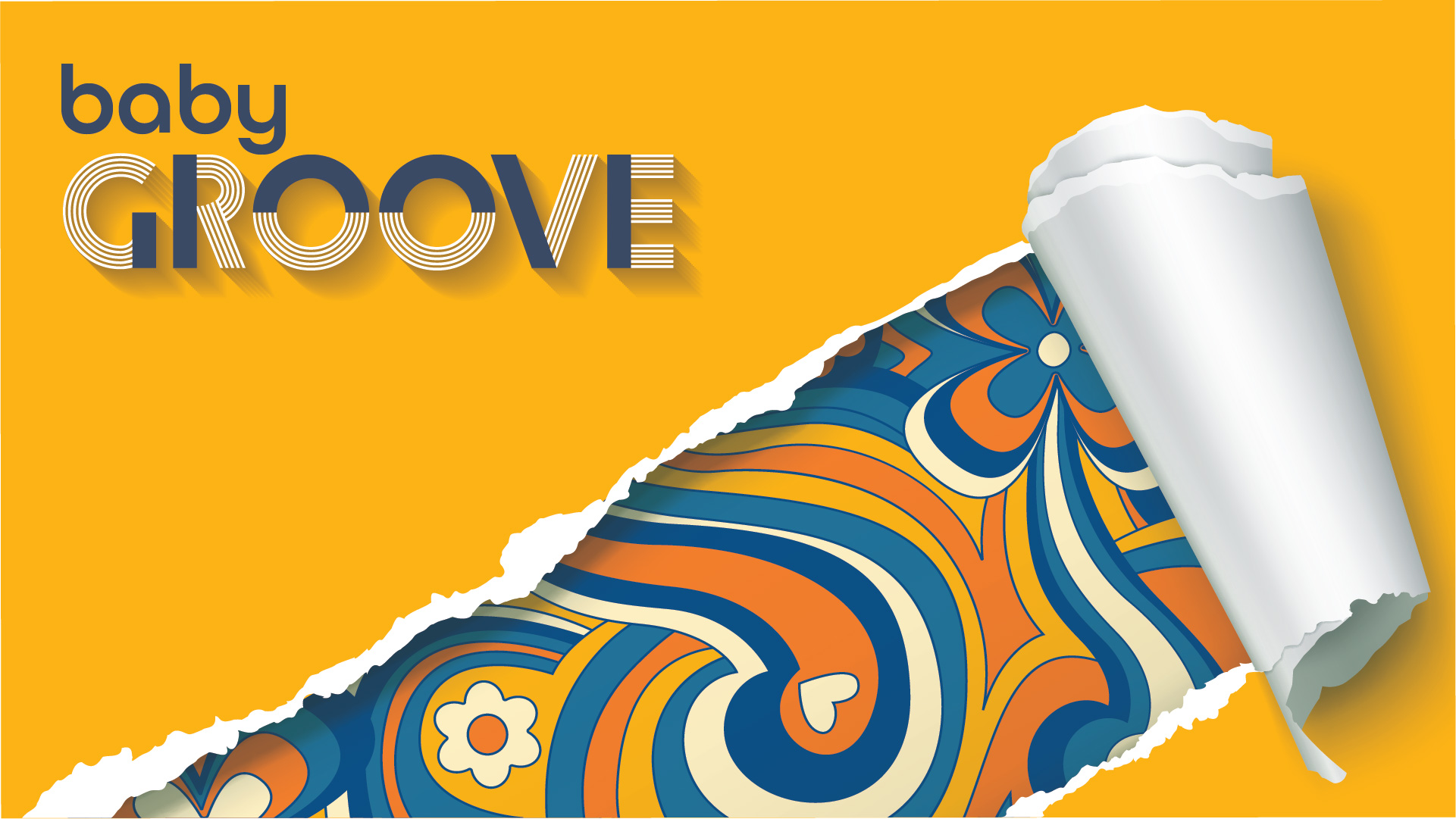 In March, Anna is teaming up with Trinity College Dublin for Creative Brain Week 2022, where the company will be rehearsing at the Naughton Institute, and will be taking part in open sessions from 14-16 March. Her show babyGROOVE will perform as an outreach event for the Foundations of Cognition (FOUNDCOG) project – a two-year longitudinal observational study on infant neural development and learning behaviours designed to investigate the exploratory behaviour and visual brain functioning of infants in their first 2 years of life. Manyof the infants attending the babyGROOVE shows at Creative Brain Week are participants of the FOUNDCOG project.

“Doing theatre for babies is to explore the unknown.  It goes against common sense.  It’s political.  It’s also necessary, I believe, because babies have a right to beauty and they’re not always exposed to it.  Theatre for babies implies commitment, but a commitment that draws us in.  It’s the opposite of cynicism.  It’s hope in its purest form.  It’s an attempt to talk with the beginning of the world.” – Veronique Coté, Theatre des Confettis, Quebec.

Anna’s work for children/young people with complex needs was the first of its kind in Ireland and she continues to create theatre adventures for this diverse audience that is immersive, sensory and above all responsive. Often with the same number of audience members as performers, each show is constantly nuanced in response to its individual audience members, creating a situation where deep and joyful connection can be created. Anna has been making professional theatre adventures since 1989 and her award-winning work for early years audiences has been seen on 6 continents and off-Broadway – and in community venues in some of the most disadvantaged areas of Ireland.

Anna created the world’s first BabyDay where in excess of 16,000 people took part in over 80 events in more than 20 different venues, in 2015; Also seven years ago (2015), she helped start babytheatre in South Africa and ten years ago (2012), she was the first theatre-maker to create home-grown work for audiences with complex needs in Ireland. In 2016, Anna relocated from Belfast to Bray and in those short years introduced theatre for children and young people with PMLD (Profound and Multiple Learning Difficulties) into Ireland; she has created an impressive portfolio of unique and ground-breaking work in partnership with the Civic Theatre, Newell’s constant and main co-producing partner and she is also one of the venue’s family of Associate Artists.With substantial annual backing from the Arts Council/An ChomhairleEalaíon, Anna’s primary funder, who have believed in her work and have generously supported her since she relocated from Belfast to Bray in 2016 – making dreams come true for all to the babies whose wonder and delight lights up the theatre every time; and now also with the Network for Extraordinary Audiences. This is a new network of eight venues country-wide and theatre-maker Anna which aims to develop high quality arts experiences for under-served younger audiences, including babies, early years and children/young people with complex needs. The Children and Young People’s Services Committees (CYPSC) was very much a partnership for Newell’s success story production I AM BABA, and she is talking to them about how to continue things with them in the future – as it is this engagement with a wide range of community organisations ensures that her work reaches as many children as possible – for example, last year’s 10 week tour of I AM BABA toured in partnership with the national network, CYPSC. So it’s a very valuable partnership were everyone gains, especially the children across Ireland.

Newell’s shows are informed and inspired by their audiences at every stage of their creation and have human connection at their very heart. Work for such young audiences need to be of the highest quality of work so that it connects with these extraordinary audiences in ways that make sense to them. 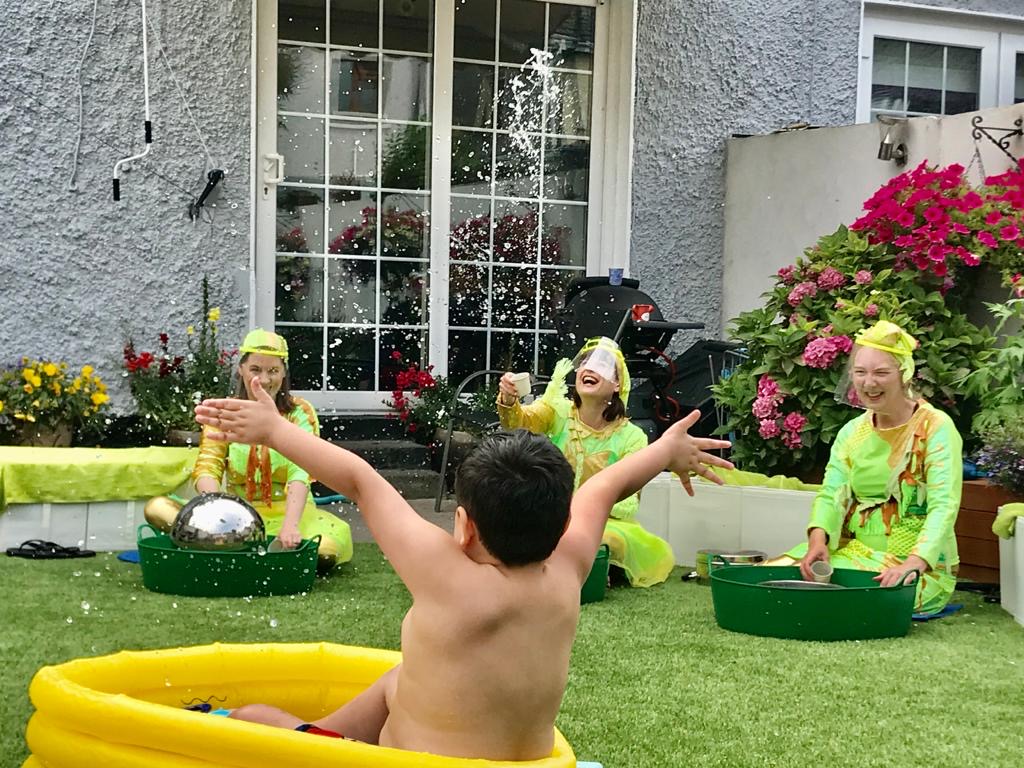 During the global pandemic Newell was one of few artists making and touring work as she toured some of her shows for 25 weeks in 2021. Even in the heart of the initial lockdown in 2020, Anna’s work toured for 8 weeks including a ‘dry land’ version of her pool show SING ME TO THE SEA which visited individual families in their gardens and driveways! Many of Anna’s audience members were pandemic babies and the inherent flexibility and responsiveness of the work made it possible to show her work at that time.

Still Here is a wordless physical theatre piece about the pandemic and works out feelings of being stuck, suspicious and isolated.

September / October: SWEET DREAMS ARE MADE OF THIS // 12 September – 15 October

This show is for young people of complex needs and will be staged in schools as well as theatre venues.

Co-facilitated by Anna Newell Jo Mangan and Hanna Slattne, littleyinySPACE aims to bring together a diverse range of interdisciplinary artists who are all experienced in their respective fields but with no experience of making work for babies and will feature Dr Suzanne Zeedyk providing an initial provocation towards exciting new ideas of how to creatively engage babies.