Pinocchio Magazine is very glad to suggest this event organised by the IIC Dublino:

A conversation on Miniature Campianesi with Ermanna Montanari, Leila Marzocchi and Igort.
Marco Belpoliti will chair the event.

The event will be in Italian and will be recorded.

The webinar is related to the theme chosen for the XX Week of the Italian Language in the World: “Italian Between Word and Image: Graffiti, Illustrations, Comic Books”.

Ermanna Montanari realised Miniature Campianesi as a “book of secrets”, on the model of an old missal. In the book, the author tells the readers about her hometown Campiano, a small town located in the Ravenna countryside, in a journey into her childhood and early youth memories. In doing this, Montanari evocates a place of the soul that talks to each one of us. The book, published by the publishing house directed by Igort, Oblomov Edizioni, is enhanced by illustrations by Leila Marzocchi. 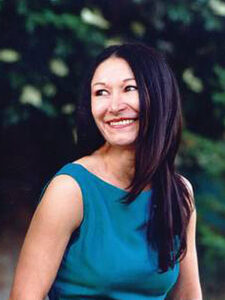 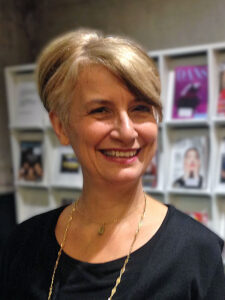 Leila Marzocchi: illustrator and comic artist, Marzocchi started her career in the 80s with the publication of her works on Italian newspapers and magazines. She was a co-founder of the magazine Fuego in 1990. On Fuego she published her series Lagrima de la Pasion, which later continued on the magazine Comic Art. During the 90s Marzocchi worked for the French publication Science & Vie Junior, the Japanese magazine Morning (Kōdansha) with manga production, and for the Japanese publisher Shōgakukan, illustrating fairy tales for children. In 1995 she was awarded the Kōdansha Morning Manga Fellowship (Tōkyō). In Italy, Marzocchi has collaborated with Coconino Press creating comics and illustrations for the magazine Black. She has published numerous graphic novels, among which Luna; L’Enigma; La Ballata di Hambone in collaboration with Igort (also published in France for Futuropolis); Il diario del Verme del Pino; Dieci elegie per un ossobuco; Niger (published in the USA by Fantagraphics Books). In 2007 Marzocchi received the Lo Straniero Award and started her collaboration with Teatro delle Albe. For the company, she has realised the exhibition Harpage, the theatrical poster of the play The Miser, the Santarcangelo 41 Festival’s logo, and the short-movie Gandersheim for the double DVD box set and book Rosvita, published by Luca Sossella Editore. In 2017 she was awarded the Premio Gran Guinigi at Lucca Comics and Games for Niger.
Starting 2016 Marzocchi has published for Oblomov Edizioni her work Il Mistero del ramo suicida and has illustrated the book by Ermanna Montanari Miniature campianesi. For the publishing house La Nave di Teseo, she has illustrated La bambina che somigliava alle cose scomparse by Sergio Claudio Perroni. Marzocchi is currently working with newspaper and magazines such as Corriere della Sera and Internazionale creating illustrations and reportage. For the magazine Linus she is publishing the strips Il Mondo di Niger. 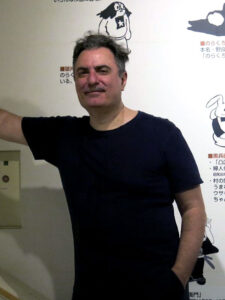 Igort: comics artist, illustrator, scriptwriter, and film director. Igort began his career at the end of the 70s, collaborating with numerous magazines including Linus, Alter, Frigidaire, Métal Hurlant, L’écho des Savanes, Vanity, The Face, and writing for newspapers such as Il Manifesto, Reporter, Il Corriere della Sera, la Repubblica. In 1983 he was a co-founder of the group of graphic novelists Valvoline. In the 90s Igort started his long-lasting collaboration with the Japanese publishing house Kōdansha. In 2000 he founded the Italian publishing house Coconino Press, which he left in 2017. In the same year, Igort founded the publishing house Oblomov Edizioni. Since 2018 he is also the editor of the comics and pop culture magazine Linus, and in the same year, he directed the live-action adaptation of his graphic novel 5 is the Perfect Number. Among the wealth of his published works: Nomadic Pages, Ukrainian Notebooks, Japanese Notebooks, Russian Notebooks, 5 is the perfect number. 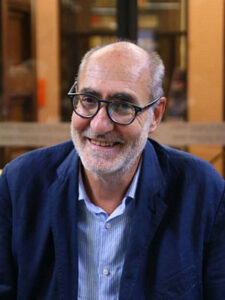 Marco Belpoliti is a Full Professor at the University of Bergamo. Among his published books: L’occhio di Calvino (Einaudi 1996 and 2006), Settanta (Einaudi 2001 and 2010), Il corpo del Capo (Guanda 2009 and 2018), Pasolini in salsa piccante (Guanda 2010), Camera straniera. Alberto Giacometti e lo spazio (Johan & Levi 2012), L’età dell’estremismo (Guanda 2014), Primo Levi di fronte e di profilo (Guanda 2016). Belpoliti has edited for Einaudi the complete works of Primo Levi (Einaudi, 2016 and 2017). He founded the Italian cultural website Doppiozero, which he is currently directing. For Quodlibet he is together with Elio Grazioli the editor in chief of the magazine Riga. Belpoliti writes for the newspapers “la Repubblica” and “L’Espresso”.